Savulescu is addressing a contemporary relevant ethical debate that concerns the current achievement in the field of genetic medicine of productivity. The author specifies two types of medical implementation that the ethical debate. The first is the ability to produce an extrauterine fertilization, commonly known as Vitro Fertilization (IVF), and the second is the ability to conduct a genetic diagnosis during an early stage prior to implantation, known as Preimplantation Genetic Diagnosis (PGD). The combination of these two capabilities allows modern medicine to detect disease genes on a specific embryo and choosing its implantation over an embryo with non-disease genes. As long as the process relates only to the preponderance of non-disease genes over ones that have disease, there is a firm reason to ethically accept this procedure.

However, the author makes an argument that exceeds this specific scope and asserts that “we have a moral obligation to test for contribution to non-disease states such as intelligence and to use this information in reproductive decision-making”.1

Savulescu calls this moral obligation Procreative Beneficence and further describes the relevant justifications in favor of this principle. Savulescu refers to a classic dilemma in decision theory, consider a case in which there is a wheel of fortune, you may choose between two final arbitrary states, say A and B of whom we have no indication regarding their final state except the fact the if choose B, we get a change of 50% to lose some amount of money. He argues justifiably that a rational decision would be to choose wheel A, A wheel which has the very same probabilities as wheel B. By using this analogy the author points out on the rational necessity and even obligation to select a less probabilistic option for an embryo with disease genes. And this argument is valid also for choosing a less probabilistic option for an embryo with less degree of IQ in favor of his future intellectual capabilities, which may derive a higher extent of well-being life.

One of the author’s most interesting objection is given to the common argument that is raised in favor of equality. Any preference between two non-disease embryones for the good of its qualities may encourage a subsequence influential attitude in the society which may also be manifested as discrimination. The author inexorably states that we must distinguish between a specific qualification or disease and a person with the same attributes and to maintain an equal evaluation for all people. People who have asthma cannot possibly be affected by the fact that there are less born children with asthma. On the contrary, this fact could only assist to free essential resources to improve their lives. Social equality does not imply that low qualifications or disabilities should be purposely imposed on newborns once the technology to avoid it is available, all in the favor of equality, that is clearly ludicrous.

Nevertheless, although the author makes few good arguments to support the notion of Procreative Beneficence, In my opinion, he fails to foresee a plausible phenomenon which may cause a counter negative effect to society. Consider a scenario in which procreative beneficence will be adopted and it will be completely legitimate to choose from a scale of possible desired heights for a newborn. The initial step will probably be neglected those genes in the range of what socially considered as short for males. Hence most of the parents will prefer ranges at the values of above 1.70 cm which are socially considered as average and above. If this procedure will permeate into society and will become a common practice, a constant conduction of this step will result in a quick abolition of the ranges beneath 1.80 cm within a generation or two. This subsequently causes a new definition of the what is to be ‘short’ for men, hence will then be determined between ranges 1.70 cm to 1.80 cm.

Due to a shortage of diversion in height ranges in population and the wish to be outstanding, parents may push the range up its common scale and reach higher values than 2 meters. The process will repeat itself and will be resulted in a competitive race. Nature is already saturated with plenty of examples of this phenomenon carried out by the natural selection. Pavo males have developed an exaggerated shape of a tail due to a constant precedence of a fancier tail among females over generations, The accumulating outcome may cause other functioning disabilities, e.g. now males are barely possible of flying. Nature showed us deficiencies of the natural selection, furthermore what the author suggest to embrace is actually an acceleration of the natural selection with not only a single attribute such as height, but intelligence, beauty, many physical aspects and other mental aspects that may be gradually joining this race and consequences could easily run out of our hands.

1Procreative Beneficence: Why we should select the best children. Julian Savulescu, 415.

Next Responsibility of crashes of autonomous vehicles 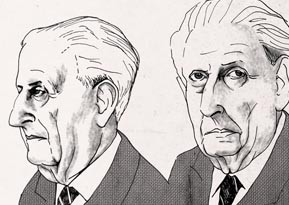