Considering the fact that this paper was written in 1950, a time in which there was no common knowledge about computers and their capabilities at all, furthermore whilst considering the fact that computer engineering those days was an experimental field with only a few very restricted prototypes that were able to conduct merely few calculation tasks – Turing raises a very farsighted and bold question that was obviously conceived by his time as science fiction more than science. The initial question he raises seems to us, prima facie, as the paramount question “Can machines think?”1 although we will soon see the way it scatters into few notions that overshadow this initial intention.

Turing comes up with an imaginary experience that might be used as an indication of the extent of machine’s “thinking” capabilities. He calls it The imitation game. The game consists of three players – A and B, stands for a human man or woman that are located in a separated rooms, and C that stands for an interrogator. The three players may communicate between themselves merely by using printed papers and the game’s goal is whether the interrogator succeeds to distinguish whose the man and whose the woman while the other player’s goal is to circumvent the interrogator as much as they can. Then Turing replaces one of the players, B, with a computer. It is essential for our understanding to take into account that there wasn’t anything close those days to something that may properly imitate human behavior. Hence Turing points out that the real question is whether there may be an imaginary machine with a proper capabilities to imitate human to the extent of between B from the interrogator’s point of view.

Later on the discussion, Turing is getting into details with the conditional restrictions for the desired machine that will be compatible with that test. He argues that it should be digital machines of type ‘discrete state’ machines, (e.g. Machines with a limited scope of output options in a response to their input). Turing dedicates the final section of his paper to refute common arguments against the possibility of a thinking machine. Arguments in which most of them would be conceived as conservative outdated arguments for the most of the nowadays scientific audience.

However, Turing has deliberately prepared a shift of conception during the reading experience. In page 8. we discover that –

“The original question, ‘Can machines think?’ I believe to be too meaningless to deserve discussion.2

Hence that question appears not to be exactly the guideline of Turing’s discussion nor a paramount motivation throughout his way. The thorough reason why this question is irrelevant because in fact, we could not care less if one can or cannot think. This notion relies on Descartes move that was conducted in Meditations on First Philosophy – once one doubts any external existence outside of his own consciousness, he is merely left with one thing to grab, the subjective truth of his own existence derived the acknowledge for his own consciousness. Hence “cogito ergo sum” make sense. Nevertheless, as Descartes himself points out, that is a cul-de-sac and the only way out from solipsism is to rely on an infinite deity for further affirmation of the external world besides myself. That is the reason why Turing is not really interested in the question whether machines are able or not to think, rather whether we could be circumvented by machines or not, just as much as the question whether anyone whose not me is able to think is irrelevant.

Finally, I propose to suggest few insights of my own to the discussion –

* We have learned from that paper that a reasonable possibility for a machine to pass the Turing test is to deliberately restrict its own qualities such as calculation ability. That implies that machines may have a higher consciousness potential since consciousness itself is consist of complex calculation methodologies based on chemical reactions, hence if were they were digital based their potential could be far beyond its current extent.

* A contemporary chat bot nowadays is already nearly capable of passing the Turing test. However I assume that an unequivocal success will be achieved only once machines will have capabilities of what is known as “mental states” (e.g. ability to feel – angry, lonely, to wish and so on). This stands in contradiction of the Turing’s assertion that a mere behavior of thinking is satisfactory to pass the test. In my opinion, as long as machines will lack a fully human-like consciousness abilities – an average human could easily determine its artificialness.

* Even if taking into account these arguments, a machine that will succeed to pass the Turing test, is not only plausible, but it is merely a question of time. Albeit once this occurs, we may face the counter phenomena – we won’t be able to understand machine’s intention and they will have to reduct their messages to us the very same way we speak to a child.

* We should already fully acknowledge the possibility of that scenario and its possible ramifications as well including a concrete danger to our species, hence ethics of technology is a serious and concrete business.

Previous Moor – why we need better ethics for emerging technology.

Next A short criticism on Kurzweil's 'The Singularity is Near' 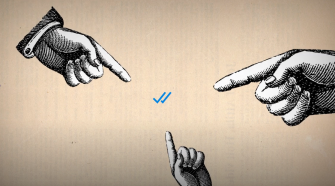 How are Whatsapp Blue Ticks are Affecting your relationships?