Foucault lecture series that was carried out during 1979, The birth of Biopolitics, functions as an elaboration of the notion of biopower. Infact, it is the last link of the genealogical chain that was investigated by Foucault during the previous lecture series during 1975-1978 (Society Must be Defended and Security, Territory, Population) where which the notion was firstly introduced in respect to the medieval society. The birth of Biopolitics discusses the biopower in respect to the rise of the modern neo-liberalistic state of mind and its historical evolvement and articulation in the United States and Europe.

On the ninth lecture, Foucault discusses the contextual arguments that gave rise to the emergence of American neoliberalism. The neo-liberalistic approach played a critical role as a reaction to the New Deal and the Keynesian policy by Roosvelt, it was further accelerated due to the interventionist course of the American administrations from Truman to Johnson, and due to the interventionism that took place during the war as a part of the Beveridge plan. Later on, Foucault puts forward two elements of the American neo-liberalism into inspection – the first is the theory of human capital, and the second is the problem of analysis of criminality and delinquency. On this discussion, I will outline two thrust themes over the ninth and the eleventh lectures – the role of human capital and Adam Smith’s invisible hand in respect to the neo-liberal state within the context of biopower.

The perception of human capital is significant due to the fact that it consists the “the extension of economic analysis into a previously unexplored domain”1 and hence it gives a economic interpretation to a non-economic sphere. It could be extracted out of the debate between marxists and neo-liberals. Within Marx’ framework, the worker sells his labor power against a wage which is configured by the market forces. However, the labor is described as an abstraction, not as subject, but rather as an amorphic ‘labor power’, as a mute component on a par with other commodities. Ironically, this is also the basis of Marx’ criticism on capitalism, that it reduced the labor into a commercable object. But, as Foucault suggests, it only implies to an intrinsic fallacy within the marxistic postulations whereas the labor is conceived as a quantitative component rather then a qualified one. The neo-liberalistic approach situates the labor as an active subjective and qualified player, by which its decisions determine the courses of the economy. According to this view, “Economics is the science of human behavior as a relationship between ends and scarce means”2. Likewise, the capital which is yielded as a wage in return to the labor power, could not be consisted other then of a set of skills, or qualifications with which the subjective worker functions within the market as a ‘machine’. The neo-liberalistic approach conceives the wage as an single possible earning stream within multiplicity of potential other earning streams which all determined by what is called the human capital- the potential capacity to produce earning streams. This perception is compatible to the notion of man as homo economicus, not as a partner of exchange, but rather as an entrepreneur. The man as homo economicus articulates the enterprise of one self as a source of investment and an origin of innovation, an object of a self gradual enhancement and the driving force behind the acceleration of the free market. In the context of the biopolitical relations the human capital notion stands in accordance with the course of the intrinsic circulation of the society. The permanent devotion of the individual within the society to optimize and accelerate the economic activity by transplanting human resources into economic resources as human capital ensures that the intrinsic vectors of the population remain confined within rigid boundaries whereas a minimal force is imposed by governing force and a the highest degree of economic production is enforced.

Adam Smith’s notion of the invisible hand, as it was first appeared in the fourth Book in the series The Wealth of Nations, explicates the notion that only economic activities which are carried out by the sole intend of one for the good of his own interest, are compatible with the highest corresponding value for the whole industry. Smith describes an opaque economic market which is maintained as an holistic system by some invisible hand that constantly configures the perfect equilibrium between the private interest and the public good. Foucault interpretation of the invisible hand notion implies that “invisibility is not a fact arising from the imperfect nature of human intelligence [..] invisibility is absolutely indispensable [… hence ] no economic agent should or can pursue the collective good”3. Hence, the necessity of the invisibility within Smith’s framework implies that there is no possibility, in principle, of a unifying human gaze upon the forces of market. This perception bears an essential criticism upon any historical attempt to construct a unifying gaze by the sovereign. Foucault argues that Smith’s political economy as it articulates in the notion of the invisible hand aims to a disqualification of this entire project4 of the sovereign state. The invisible notion as a chief feature of the neo-liberalistic approach plays additional role in the biopolitical context. It puts forward an economic perception of a system of truth which relies on the intrinsic and essentially invisible logic that is derived from ‘natural’ forces of the market. The market in that sense becomes the archetypical space for the production of truth.

It is not clear to see where does biopower as a form of control takes a place here. I suggest that the controlling mechanism that is employed here takes advantage of the illusion of objectivity by redirecting its influence through manipulation of data, which is broadly considered by the population as an objective means of ‘pure information’ whereas it is in fact subjected to manipulation by the designers of the technological circuits. 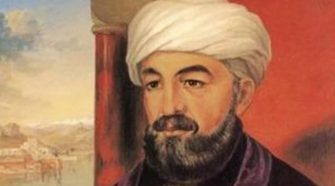